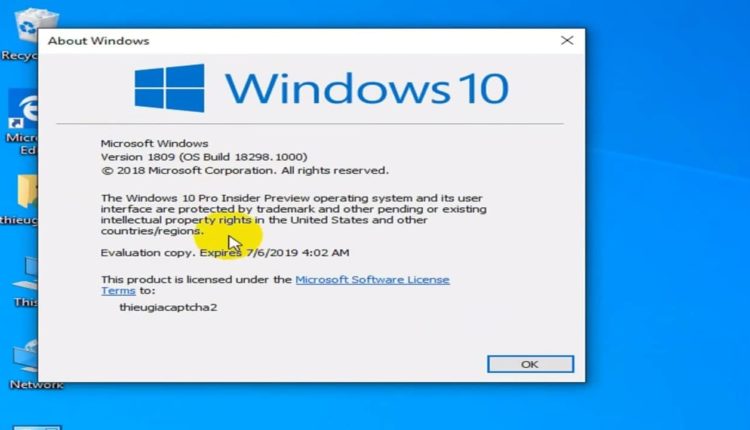 If your device obtained for Windows Insider preview builds Windows 10 Build 18298  download and install automatically via windows update, but you can always force the update from Settings > Update & security > Windows Update, and click the Check for updates button.

As per Windows Insider blog, the latest Windows 10 19H1 build 18298 brings some tweaks to the interface, as well as usability improvements to some classic features of Windows.

Starting with 19H1, whenever a device has an update requiring a reboot (in both mainstream and test builds), users will see the Power button in the Start menu include an orange indicator alerting users to restart their devices.

First of all, with the latest Windows 10 preview build File Explorer gains a new icon (based on insider’s feedback) which is designed to work better with 19H1’s new Light theme.

Also, Microsoft introduces new sorting options in this build, that shows the most recently downloaded file at the top to make them easier to find.

Note:  If you have made your own changes to how your Downloads folder is sorted (View tab), that won’t change.

Refinements to the Settings app

Note: A security key not only allows password-free login to Windows but can also be used by Microsoft Edge to log in to your Microsoft account.

Also, there are some changes related to the Start menu, where you can remove tiles from groups and folders with a unpin context menu command.

Now you can quickly unpin groups and folders that have previously been pinned to the Start menu. By pinning a folder or group, it remains in the main part of the Start menu for easy access. By being able to right-click and select ‘Unpin’, users can now more easily organise the Start menu.

Windows 10 touch keyboard now dynamically adjust the hit target of each key as you type, based on a prediction of what letter will most likely be typed next. The keys will look no different to the eye, but as you can see above, they will now adjust to minimize hitting the wrong key by a small margin.

We’ve introduced new cursor sizes and colors to make Windows easier to see.   Go to Ease of Access Settings (Windows + U), under the “Vision” category, select “Cursor & pointer” to see the list of options.   We are still working on a couple of issues where some cursor sizes may not work correctly on DPI’s larger than 100%.

Notepad will now alert you if there are unsaved changes by showing an asterisk in the title bar. There’s also now the option to save files in UTF-8 without a Byte Order Mark, and Insiders can send feedback directly from Notepad.

Other Notepad Improvements include:

Microsoft has updated the Windows 10 setup experience, This is the experience you see when running setup.exe from an ISO – it will look like this now:

When enabling Narrator, you will now be brought to the Narrator Home that provides a screen where you access all the settings, features, and guides for Narrator.

Also, there are a bunch of Narrator fixes and updates, Feedback Hub is updated to version 1811 and includes some visual tweaks. The Snip & Sketch app also gets a bunch of fixes in today’s build. You can read the full list of fixes, updates, and known issues in Windows 10 Build 18298 on the Microsoft blog here.

Find out the MAC address of your Windows 10 Laptop