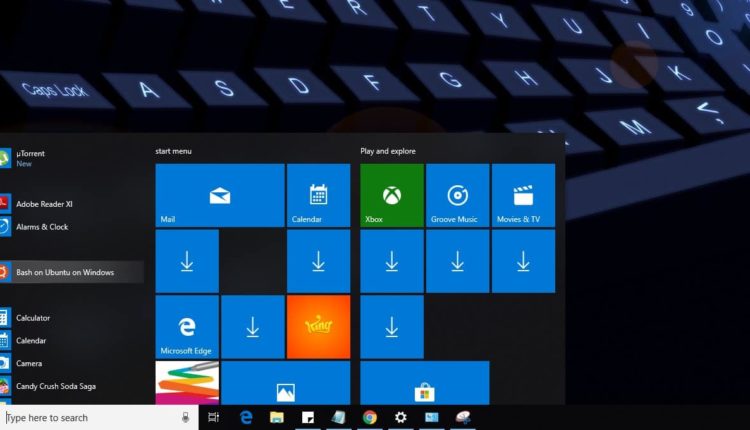 Microsoft released Windows 10 April 2018 update with a number of new features such as Timeline, Focus Assist, Nearby sharing, huge improvements on Edge browser, improved privacy settings, and more. But at the time while using the new build version 1803 we found some hidden gems, lesser-known new abilities in the OS you might not be aware of. Here is a look at some of Windows 10 April 2018 Update Secret Features or minor changes that you can explore while using the latest build.

Normally we can launch programs via the Run Desktop app, by just press Windows + R, type a program name or shortcut. But It was not possible up until now to elevate programs when using the Run Box. For example, we can open the command prompt by type cmd on the Run Dialog box and click ok, but until now we can’t open an elevated command prompt from the Run dialog box.

But now this changes in the windows 10 version 1803, Where you can now elevate a program by holding down Ctrl+Shift when clicking on the OK button, or hitting enter. This is a minor addition but very useful.

Typically when windows 10 apps start not responding, Or the window won’t close We press Ctrl + Alt + Del To launch Taskmanager, then Right-click the unresponsive app and choose End task. While that still works, but with version 1803 Microsoft has added the same functionality to the Settings app. Head to Settings > Apps > Apps & features. Click on the non-responsive app and choose Advanced options and then click the Terminate button.

Also, instead of having to go through the privacy settings to change app permissions (such as access to camera, microphone, location, files, etc.), now the app “Advanced settings” page will show the available persimmons and options to turn them on or off more quickly.

Previously, you needed to access Task Manager to control which apps run at startup. Now, Windows brings the same controls to Settings > Apps > Startup. You can also sort apps by name, status, and startup impact.

Some desktop apps can look blurry when your display settings change? In the April 2018 Update, Microsoft includes a new option in the Settings app to make it easier to fix apps when they become blurry on scenarios without having to sign out when changing the display settings, running a remote session, or docking and undocking a device.

To fix a blurry app head to Settings > System > Display > Advanced scaling settings and flip the “Let Windows try to fix apps so they’re not blurry” switch to On.

Microsoft already offers a Disk Cleanup Tool on Windows PC which can be used to remove junk from your PC and free up disk space. And now with April 2018 Update, Microsoft extends the option to Windows Settings >  System > Storage. Click the Free Up Space Now link under Storage Sense. Where Windows will scan your PC for junk and leftovers — including Previous Windows Installation(s) — and give you the chance to remove them.

This is a true hidden feature thing up by “eliminating micro-latencies” that come with “fine-grained power management techniques” — instead of thinking about power, the workstation will focusing even more on performance.

Microsoft has locked this feature to Windows 10 Pro for Workstation. And for home users, This Feature is hidden by default so you can’t just select it from Power Options, or from the battery slider in Windows 10. Here you can read more about Windows 10 ultimate performance mode.

With the latest build, Microsoft added autocorrect and autosuggest functions for the hardware keyboard that it does for the software keyboard that pops up on Windows tablets. Open Settings > Devices > Typing, you have the option to toggle on auto-correct capabilities as well as auto-suggested words—but, oddly, auto-suggested words were enabled only if you toggle on auto-correction. As you type in apps like WordPad or Word, Windows pops up a list of three suggested words.

In the Previous windows 10 version, we use group policy editor, metered connection to limit the bandwidth for downloading windows updates. And now with Version 1803, you can use the Windows 10 Settings application which integrates that option right into the Update preferences.

Press Windows + I to open Settings, Go to Update & Security. Click on Advanced options and Select Delivery Optimization on the next screen. Again Select the Advanced option and Check “limit how much bandwidth is used for downloading updates in the foreground” and use the slider to select a percentage value. Also, You may set the limit for background bandwidth limits and uploads as well on the screen.

One of the continued complaints about using Windows 10 is Microsoft’s use of telemetry, i.e. collecting all sorts of information about you as you use Windows. Well, in addition to the privacy controls already built into Windows, there’s now an actual Delete button (Settings > Privacy > Diagnostics & Feedback) which removes all of the diagnostic data that Microsoft has collected on your device.

These are some hidden gems we found while using windows 10 version 1803. Did you have tried these hidden features before? let us know on comments below Also Read Solved: keyboard and mouse not working after windows 10 update 2018

Things to do Before install Windows 10…